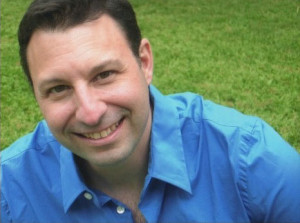 Vito Leanza began his career in the costume design/puppet building business in 1999 when work for him as an actor (singer/dancer/puppeteer/acrobat/stilt walker) was slow. He got his start at a costume shop, that also specializes in mascot and puppet building. There he learned his craft and honed his newfound skills. He worked there for 8 years before striking out on his own and creating Vitoworld Productions.

He has worked for many shops in NYC including The Puppet Kitchen LLC, The Puppet Heap, and Mary Brehmer Designs.

He currently runs Vitoworld Productions full time in addition to working full time at the Center for Puppetry Arts in Atlanta, Georgia, where he has conserved the hundreds of puppets, props, and costumes donated by the Jim Henson Family. Many of these items are currently on display in the new World of Jim Henson exhibit at the Worlds of Puppetry Museum that opened to the public in November 2015.

Have an idea or a project you'd like to discuss? Vitoworld is at your service.
Get In Touch!
Copyright © 2016–2020 Vitoworld Productions - All Rights Reserved
Site designed by Bruce Productions
Back To Top